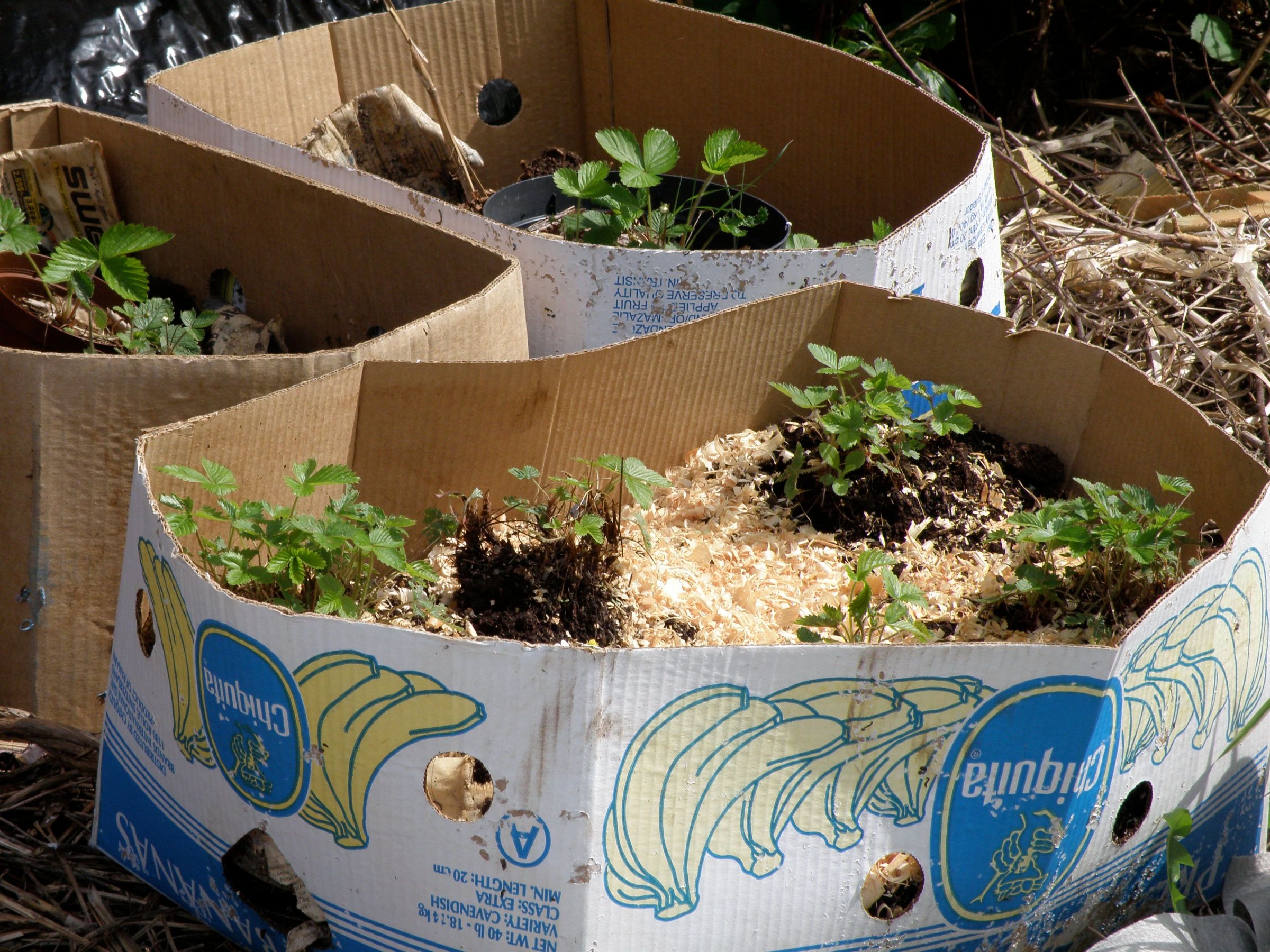 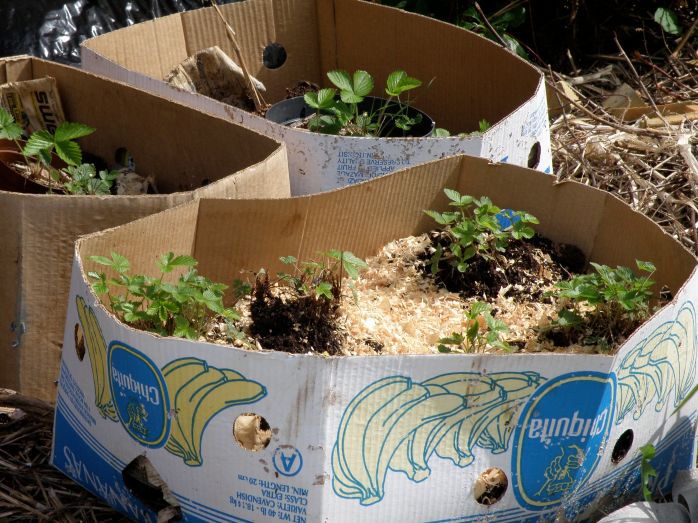 It doesn’t get much simpler than this. If you’re in a hurry to grow something and haven’t got anywhere to do it, just grab a banana box and start planting!

I tested this idea some months ago and it’s turned out really well. I plonked down the banana box on an area I’m clearing for a new flower bed. I’d already covered over the lawn with newspapers to block the grass and covered that with a layer of dry reeds from the lake nearby. You could use hay or lawn cuttings or any other mulch you have handy. Obviously I want to get Bokashi into the soil but I just couldn’t be bothered digging. Hence this project…

The banana boxes I got hold of had a layer of thin cardboard inside so I left that there to cover the hole in the base. I put some newspaper round the sides to cover some of the other openings in the boxes. Then in with some “old” soil, in with a bucket of Bokashi from the kitchen, and in with a bit of cheap potting mix I had handy. That’s it. Left it a couple of weeks for the pH to balance up then planted some wild strawberries I had handy. My idea is that the Bokashi will do its thing and turn to soil, the boxes will collapse in due course  and during the winter the whole thing will spread itself out as a top layer on my new bed.

So far so good, the strawberries are doing brilliantly (this picture is a month or two old, they’re now overflowing their boxes and taste great). The boxes are holding together and will last the season. Which makes me think this must also be a good way of growing a few veggies during the summer if you don’t really have anywhere to do it. Even if you had to do it on a tarp on some asphalt it would probably give you the chance to grow a few lettuces and herbs. Worth a try anyhow.

There was another advantage and that was that it was a really quick way to empty a couple of Bokashi buckets in a hurry. You know, for those times when you really need the bucket again but haven’t really got the time or motivation to start digging in the garden. Just dump it in a banana box and get on with your day!

Love to hear from anyone whose tested something similar. Otherwise give it a go and let us have your tips and ideas!

← Comments from a Bokashi newbie
Bokashi in East Village, Chigago →