10. Ways of using bokashi in the garden 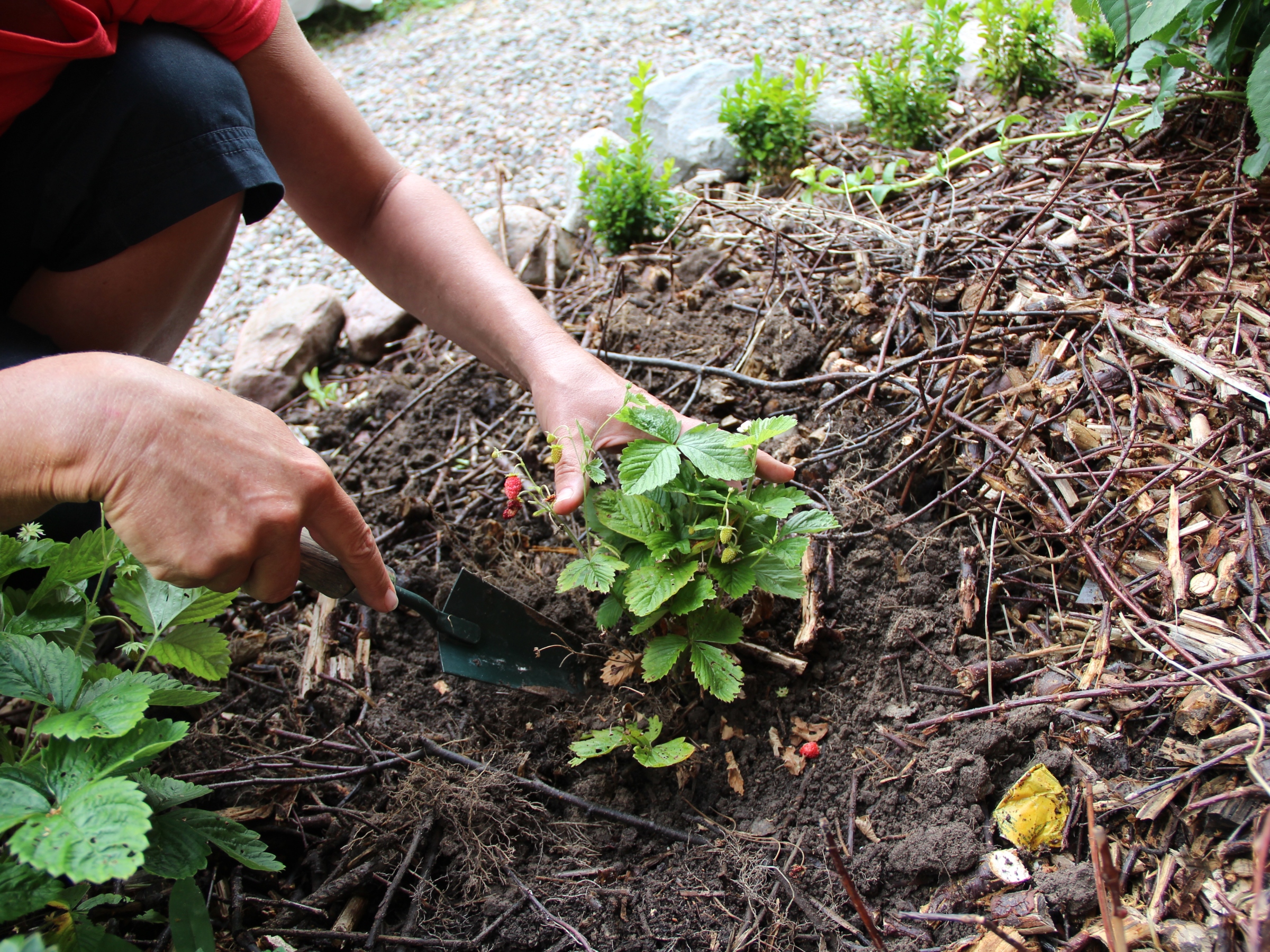 Follows on from: Digging down other stuff into your bokashi hole

The basic concept of digging a hole, filling it with bokashi, and covering it over, then planting, is really all you need to know.

Everything else is a variation on that theme.

One of the really fun things with bokashi is that it’s quite creative. There are any number of ways you can use it. As long as it works for you, then it’s ok.

There are no hard and fast rules once you follow the absolute basics, and a lot of scope for experimentation.

We’ve tested a lot of things over the years. I’ve lost track of the number of ”brainwaves” I’ve got at the kitchen table, or while I’ve been out fixing things in the garden.

”Oh, I’ve just got to try that!”, and sure enough five minutes later there’s a trial project underway.

Some of these ideas have been pretty silly, and you’re not going to hear about them. But surprisingly many have worked, and gone on to become institutions in the bokashi world.

The more-or-less established concept of the ”soil factory” was one of those kitchen table inventions.

I was struggling to explain what I meant, this weird idea of making soil in a box, in some sort of systematic and repetitive manner. So the soil factory became a thing, initially at home, then on the blog, and ultimately out in the gardening community.

We have them now, we gardeners, indoors and outdoors; small, medium and large; in barrels, buckets, tubs and containers.

So, here are some of the ideas that work, that have been tried and tested by many of us.

Use those that make sense to you, adapt them to whatever you have lying around at home, and to the kind of home and garden you have. To the kind of climate you have. To the season, and to your needs for fertilizing, pre-planting, building soil and to making the logistics of your daily life as easy as possible.

method one.
Dig your bokashi straight into the soil.

Once you’ve dug down the contents of your bucket, they will never be disturbed again. You’ll get the benefits of the outside world (worms, soil microbes, rain) and together they will create the best possible soil ready for your plants to grow in. No reason to fiddle with nature!

But this is not always practical. Sometimes you have stuff growing on every square centimeter of your garden and it’s not realistic to dig down a single bucket, anywhere.

For those of us living in arctic climates, bokashi can be impossible to dig down for many months of the year, the ground is frozen.

If you’re an urban gardener, or grow in containers or raised beds, the concept of digging straight down into the soil can be translated to filling beds, containers and planters with layers of bokashi and soil.

You’re still creating a reasonably undisturbed environment for planting your flowers and vegetables, and using bokashi in the smartest way possible.

But in general, the no-dig principle applies with bokashi. Once you’ve got it down into your soil, just leave it.

Worms, microbes and any number of other tiny creatures organize things just the way they like it; there’s no reason to mess it up unnecessarily for them.

Next up: Use your bokashi to create soil in containers, planters and tubs

← 09. Digging down other stuff into your bokashi hole
11. Use bokashi in your containers and pots →

2 Comments on “10. Ways of using bokashi in the garden”